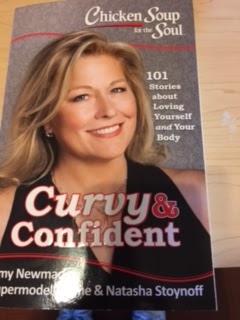 I am a charter member of the Clean Your Plate, Children in Europe are Starving Club.

As a first generation American, I heard that phrase constantly from my mother who emigrated from Bulgaria. I was led to believe that if I ate all my food, my distant cousins might somehow miraculously benefit.  I needed little encouragement with the delicious cuisine served in my mother’s kitchen.   Looking back to those days in the fifties, our daily fare was what restaurants now claim to be gourmet selections: succulent Bulgarian entrees such as roasted lamb, stuffed cabbage, stuffed peppers, Phyllo pastry filled with cheeses baklava dripping with honey and walnuts.  My taste buds were awakened and refined at an early age.

In grade school my brown paper sack lunch was easy to find when they opened the lunch cupboard doors. It was the one with a large grease stain on it with leftovers from last night’s dinner.  No American peanut butter and jelly sandwich for me.  More like a juicy kielbasa.

In addition to developing a sophisticated taste palate, I also inherited Bulgarian genes, which meant I was short with a tendency to be a little stocky. (Sumo wrestler came to mind as I looked in the mirror.) As a teen, I often carried ten to twelve pounds more than I should have. Spread over a mere five feet, there was not a lot of longitude to disperse the extra poundage.  My thighs and hips attracted the extra calories and were a constant source of frustration to me as I saw a pear shape reflection in the mirror.

I probably first became conscious of my weight and the direct correlation it had to my self-esteem at age fourteen, my freshmen year of high school.  I don’t think anyone would have suspected that there was a lot of negative self-talk going on in my head, as I participated fully in every activity, had many friends and even made the cheerleading squad.  Only I knew how much more enjoyable those activities were when my weight was less.    Shopping for a prom dress was much more fun when the zipper went up smoothly rather than sucking in my breath and thinking I should probably not eat the day before to insure I could zip it again.

I soon discovered I had a summer weight and a winter weight. As spring arrived in  our Midwestern climate, I could shed five to ten pounds easily by browsing through the Sears catalog and visualizing those cute pedal pushers in a bright madras print on myself.  Living near Lake Michigan and going to the beach often, the thought of my thunder thighs in a bathing suit helped me say “no” to French fries, or an extra helping of a delicious moussaka.

However, as the autumn days grew short and dark, I inevitably gained back the ten pounds. Luckily bulky sweaters and long poodle skirts of the fifties were a chubby girl’s  friend.  But clearly the cycle of yo-yo dieting was firmly established.

After pregnancies, I had more than the ten pounds to lose. My mother spoke words of comfort, “Don’t you worry. That’s just baby fat.” I reminded her my last baby was six years old.

But America was now offering ladies countless opportunities to achieve the perfect body. I was probably one of the first members of Weight Watchers in the sixties, inspired by Jean Nidetch’s story on the Johnny Carson show.  I became a faithful weight watcher and lost thirty pounds.  My self-image was soaring.  But keeping it off was another issue. Through the years I tried every weight loss program:  Nutri -System, Jenny Craig, Diet Center, Atkins, Scarsdale.  I was successful with each one.   But it was off–again, on-again and as the scale went up, my self-esteem inevitably went down.

Then a few years ago, a revelation—an “aha” moment occurred.

We were attending a Celebration of Life for a deceased family member and many of our old home movies from the sixties were running continuously. I saw my son’s first birthday party (1965)and smiled again at the sight of a tow-headed little boy putting his entire hand in the icing.  Then when I came into view on the screen, I experienced the other feelings I was having that day. In spite of trying to emulate fashion icon Jackie Kennedy with my knock-off two-piece Cassini suit, I recalled how heavy and unattractive I felt. I was shocked at how just seeing that suit some fifty years later, all the feelings of insecurity I felt at the time cursed through me again. But to my surprise, on the now grainy screen, I did not see the fat woman I thought I was. I saw a somewhat attractive young mother.  Granted, probably fifteen pounds more than she weighed in high school, but by no means fat.

And in that “aha” moment, I grieved for all the occasions where I wasted negative energy because of ten pounds.  A mere ten pounds often kept me from fully enjoying an experience because I thought I should have been thinner.

Today, at age 75, I am still weight conscious but more for health reasons than appearance. I am now the one preparing the delicious Bulgarian cuisine which I still love to eat and share with friends and family.  I am twenty-five pounds more than my high school weight but active with tennis, pickle ball and golf.  I often think of that home movie and vow to not let any negative self-judgment creep in as I participate fully in these activities.

The lesson I learned from that movie was that no one is judging me more harshly than I do.  In fact, they are probably not even noticing my weight.  Wasn’t it Dr. Phil who said, “You wouldn’t worry so much about what people think of you if you knew how little they do think of you. Most people are thinking of themselves.”

I’m starting a new club.  Not a “clean your plate” club, but a “clean your mind of negative self-image” club.  I want to embrace myself as I am so my daughters and granddaughters will follow my example, learning to love their bodies and not be misguided by the unrealistic expectations society has cast upon women.

When my family looks back at the movies we are making today, I want them to see a woman enjoying life to the fullest, not one hiding in the background for fear the camera might capture that extra ounce of flab my arms now carry.

What do you want your loved ones to see in the movies and memories they will watch in years to come?   I hope it is you center stage participating in life with a beautiful smile, laughter and joie de vivre.