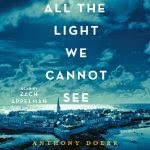 All The Light We Cannot See by Doerr

As I complete yet another book with a World War II setting, I can’t help but wonder how bare our literature shelves would be without the countless stories of heroism, bravery and sacrifice of those who lived at that time, both in our country and abroad.   Although most of the books I read are fiction, I am certain the stories are based on truths that have been passed down through the generations. I highly recommend All The light We Cannot See by Anothony Doerr if you want to be transported to a time and place in history through excellent descriptive writing and characters you wish you had known in real life.

Instead of following persecuted Jews to the horrors of Auschwitz, Doerr weaves together the stories of two unlikely heroes of the time--a blind French girl, Marie-Laure, and a German orphan, Werner.  Their paths collide in occupied France as they try to survive the devastations and horrors of World War II.

Marie-Laure’s father works at the Museum of Natural History in Paris where he is the master of a thousand locks.  When his daughter goes blind at the age of six, he teaches her self-reliance in many ways. For example,  he builds a perfect miniature of their neighborhood so she can memorize it by touch and navigate her way from home to the Museum.  Their loving relationship will touch your heart and then break it when they are separated, shortly after her twelfth birthday, as the Nazi’s occupy Paris. Her birthday gift from her father that year was a Braille edition of Twenty Thousand Leagues Under the Sea by Jules Verne which becomes her most prized possession. When her father is taken away, Mari-Laure finds safety in the walled citadel of Saint-Malo where her reclusive great-uncle lives in a tall house by the sea.  One of the most touching scenes in the book is the first time she experiences the rush of the sea on her bare feet.  And to add a touch of mystery, among the few possessions she was able to take with her just might be the museum’s most valuable and dangerous jewel.

In the New York Times Sunday Book Review, critic Vollman says “Marie-Laure is an exquisitely realized creation….her self-reliant intelligence, nurtured by her father, allows her to carry on bravely…each time Madame Ruelle at the bakery sells her another ordinary loaf with a slip of coded numbers inside for her great-uncle to transmit on illegal radio, the girl calmly does her duty.”

We first meet the young Werner in a German orphanage with little sister, Jetta, who he is devoted to. They become enchanted by a crude radio they find when they discover a copper wire that allows them to tune into foreign broadcasts.  “After prayers and lights out, Jetta sneaks up to her brother’s dorm where they lie hip-to-hip, listening till midnight, til 1, till 2.”

Werner, through his early fascination with the radio, becomes a child engineering prodigy at building and repairing these crucial new instruments. This talent earns him a place at a brutal academy for Hitler Youth, and allows him to escape his destiny of the coal mines which killed his father. However, he pays a dear price for his escape. Like Marie-Laure, he is  now separated from the one person he loves, sister, Jutte.  We follow Werner through the ravages of the war and when he is assigned to track the resistance movement, he makes his way eventually into Saint-Malo where his story and Marie-Laure’s converge.

Ten years in the making, Doerr says,  “Writing the book was a huge puzzle. I felt like I was building a big model house. I had, I think 187 chapters and each one alternates in point of view or time.”   Don’t let the number of chapters scare you off.  The chapters are short and the narrative is easy to follow as we alternate from Marie-Laure to Werner.

Besides a mesmerizing tale, the writing itself is filled with exquisite physical details and stunning metaphors.  And because Marie-Laure is blind, we experience her life through all the other senses she must employ.  We smell, taste, touch and hear the world through her.

Like any story of World War there are villainous and evil characters, yet in All The Light We Cannot See, Doerr manages to illustrate through these two young characters, and against all odds, the ways people try to be good to one another.

Posted by Violetta at 3:13 PM No comments: 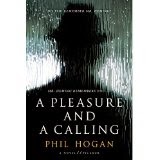 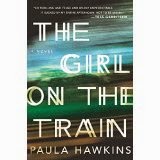 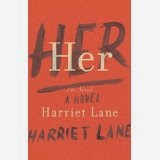 The definition of a  psychological thriller has been defined as a “suspenseful book which emphasizes the psychology of its characters more so than the plot.”

I have just completed three British psychological thrillers and I might add that my definition is each of these characters are in definite need of some time on a psychologist’s couch.  Their motivations and behavior are so bizarre—in some cases downright creepy. Yet, I was compelled to keep on reading to see how their twisted minds worked.

Take for example, Mr. Hemming, a successful and trusted realtor in a small British village.  He has spent hours with you acting in your best interests, searching properties and negotiating a price that  allows you to move into your dream home.  You trust him…but you shouldn’t.  Unbeknownst to you, he has kept the key to your home, as he has every home he has sold in the last seventeen years.

He visits your home often when you are not there, not to steal, but to observe your lifestyle.  He opens drawers in offices and bedrooms and prides himself on knowing some of your most intimate secret habits and pleasures.  Did I mention creepy?   He doesn’t consider himself a criminal or dangerous. However, when he falls in love with Abigail, one of his clients, he sets into motion a series of events that show how dangerous his twisted mind can be.  She is unaware of his affection but when he discovers through his prowling that the man Abigail loves is a philandering predator, he sets out to discredit him as a means to protect her.   His plan turns disastrous and the plot thickens.  Mr. Hemming is the narrator of his story and that makes it even more compelling.  The book , The Pleasure of His Calling: a Novel by Hogan is a tense read, so much so that you might want to consider changing your locks after reading it.

Also set in England, The Girl on the Train by Hawkins, has been dubbed the new Gone Girl and hit the best-seller list shortly after publication. The main character, Rachel, becomes obsessed with a couple she observes from her daily commute into the city by train. As the train passes a suburban area and stops at a signal that allows her to watch the same couple daily as they breakfast on their patio, she fantasizes what their perfect life must be like. She even gives them names.  (More creepiness) Because her own life has recently fallen into shambles their  “perfect” existence grows out of proportion in her mind.  “They’re happy, I can tell. They’re what I used to be. Tom and I five years ago. They’re what I lost; they’re everything I want to be.”

Then one day on her commute, she observes a scenario on the patio that destroys the perfect couple image. She feels compelled to let one of the partners know what she has seen.  Similar to the scheming realtor, she tries to protect a person who doesn’t even know she exists and in doing so, complications arise, including a murder.  Because alcohol is her constant companion after working hours, often leading to memory lapses, she questions what she has seen and even her actions, not being able to account for hours of her time.

It is difficult to discuss any more of the story without plot spoilers but leave it to say there is suspense and tension. The Girl on the Train has also been compared to Hitchcock’s Rear Window.

The third book, Her, a Novel, by Lane, also set in England, is the story of two seemingly very different women.  It seems at first glance that Nina and Emma have little in common. Emma, who left a thriving television career, is now the mother of toddler Christopher and pregnant with her second child.  Her once glamorous life now consists of picking up rice cakes and Legos.   Nina, on the other end of the spectrum, is an artist who has already raised her family and lives a seemingly ordered  and successful existence, which includes posh dinners and a vacation home.

From the opening sentence, when Nina recognizes Emma, we are aware that something chilling is about to unfold.  Told in both women’s voices with alternating chapters, we hear first from Nina, “The sensation of it, of finding her there in front of me after all this time, is almost overwhelmingly powerful: like panic or passion…I’m scared of seeing her, and I’m scared that I’ll never see her again.”

Their paths begin to cross frequently.  Little does Emma know that Nina is orchestrating every “chance” meeting.  We are aware of Emma’s rage while Nina is totally oblivious to it and so the tension mounts with each chapter as it builds to how Nina knows Emma--and an ending that is too horrific to imagine.

I chose to review these three books together because of so many common elements—the British setting and psycho characters who try to orchestrate the lives of people who are unaware of the evil lurking so near them.  Besides changing our locks, these books remind us to close our blinds and perhaps be leery of strangers who want to befriend us.

Posted by Violetta at 9:27 AM No comments: