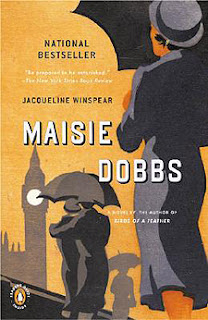 The wonderful thing about discovering an author you enjoy who writes a series is the anticipation of the next book...just knowing that as you turn the last page there is another good book on the horizon.  And if you discover them after the series has been around a while, you can eagerly go from one book to the next with the characters you have come to love.

There are many popular and familiar series with recurring main characters for every taste.
Sue Grafton’s Kinsley Millhone in the alphabet series, beginning with A is for Alibi;  Lee Child’s Jack Reacher; James Patterson’s Alex Cross and The Women’s Murder Club; Janet Evanovich’s Stephanie Plum; Patricia Cornwall’s Chief Medical Examiner, Kay Scarpetta; and Alexander McCall Smith’s Mma Precious Ramotswe in #1 Ladies Detective Agency—the list goes on and I am sure you have other favorites also.

This review is dedicated to two authors we don’t seem to hear as much about although I suspect we will as their books continue to receive literary awards too numerous to mention, as well as appearing on prestigious best-seller lists, such as the New York Times:  Jacqueline Winspear’s Maise Dobbs series and Louise Penny’s stories of life in the rural village of Three Pines with Inspector Chief Armand Gamache of the Surete du Quebec.

Both series are classified as mysteries, but they are so much more as they
delve into human nature, creating psychologically sound dramas with very real characters.  One critic writes, “When a mystery excels in the three P’s—plot, people and prose—it is a winner”.   I assume by “people” he refers not only secondary characters but foremost we must like and respect the main recurring character...the sleuth so to speak...enough to hang out with them repeatedly. And in a good series, this character has their own demons to conquer as well as cases to solve.

Maise Dobbs is a psychologist and Investigator in London, but she began her working life at the age of thirteen as a servant in a Belgravia mansion, where her employer discovered her reading in the library.  Fearing dismissal, she was instead rewarded for her knowledge quest with educational support from her employer and a family friend Dr. Maurice Blanche, revered for his work with Scotland Yard.

Soon after Maise’s commencement from college, the Great War (1914-1918) intervenes and she enlists for nursing services overseas.  Her experiences in the war resurface in each of her nine books to date, revealing her great compassion and insight into the many sorrowful legacies of World War I. As Maise discovers, “the aftershocks of war can last for many years for those who fight and for the people who love them.”

There are currently nine books in the Maise Dobb’s series spanning the years 1929 to 1933 in England.  I suggest starting with the first, entitled simply Maise Dobbs, as it gives us Maise’s background, which is critical to every story and lays the groundwork for how she deals with people and situations as she solves cases.  It also establishes her personal relationships with her father and also her mentor Maurice who play significant roles as she evolves into the woman she is becoming.

The Great War plays a role in each book:  (in order of publication)

Maise Dobbs. Maise’s first assignment, a seemingly tedious inquiry involving a case of suspected infidelity, takes her not only on the trail of a killer, but back to the war she has tried so hard to forget.

Birds of a Feather.   Maise is hired to find a run-a-way heiress and discovers a connection with a murder she is also trying to solve. This book gives a moving picture of of the post-war despair that hovered over England during the “lost generation” era.

Pardonable Lies takes Maise to France where she reunites with a friend who lost three brothers in the Great War, including one who has an intriguing connection to her current case. She has been hired by a dying mother, Ms. Lawton, who never accepted that her aviator son was killed in the war.

Messenger of Truth.  London 1931. A famed artist, Nick Bassington-Hope, a WWI veteran, falls to his death, but his twin sister hires Maise to prove it was not an accident.  Once again we see a society struggling to recollect itself after the war.

An Incomplete Revenge evokes England between the wars when the old world crumbles and new horizons beckon working women like Maise. With the country in the grip of economic malaise, Maisie Dobbs is relieved to accept an apparently straightforward assignment to investigate a potential land purchase. Her inquiries take her to a picturesque village in Kent during the hop-picking season, but beneath its pastoral surface she finds evidence that something is amiss.

Among the Mad.  Christmas Eve 1931. Maise is in a race against time to track down a mad man before he inflicts destruction on thousands.

The Mapping of Love and Death. The parents of a cartographer killed in World War I, hire Maise to find the young man’s lover and possibly his killer, as evidence points to his having been murdered shortly before the dugout collapsed. The only clue: love letters signed “The English Nurse”.

A Lesson in Secrets.  As storm clouds of World War II gather on the horizon in the summer of 1932, a pivotal chapter in Maise’s life foreshadows new challenges and powerful enemies facing her as she goes undercover to solve a campus murder and monitor activities “not in the interests of his Majesty’s Government.”

Elegy for Eddy. The most recent novel takes Maise back to her working class neighborhood to solve a murder where she uncovers lies and manipulation on a national scale.

Although the plots themselves are interesting, I think what makes Maise an appealing sleuth is her unique style.  She solves crimes because she listens; she mimics body posture to get a sense of what people are feeling; and she uses empathy to build trust. As she solves each case, trying to unravel the mysteries of human nature, she of course learns much about herself as well.  We see her evolving with the passage of time also.

If this time period  (England 1914-1933) is of particular interest to you, visit Winspear’s website at www.jacquelinewinspear.com and click  Blog on left-hand side.  There are numerous fascinating historical references to England and the Great War.  For example, Winspear writes, “750,000 young men were killed in Britain alone, 1,350,000 severely wounded and over 200,000 profoundly shell-shocked. And after the war, two million women of marriageable age for whom there was little chance of finding a partner to share life and have a family, were considered surplus.”

And, if you are among the many Downton Abby fans, I think the Maise Dobbs series will appeal to you.  Same country, same time period. Winspear’s novels are meticulously researched, appealing to history buffs as well as to fans of stories that center on the polite, well-mannered British.  What better time to delve into British history as we prepare to watch the London Olympics.

Next month I will review Louise Penny’s mystery series, introduce you to Inspector Gamache and acquaint you with the charming people in Three Pines, a rural village in Quebec.  First in her series is Still Life and Louise writes a daily blog about her life in Canada and her writing process.  Just Google Louise Penny to find her official website where there will be a link to her Blog.

Another bonus:  If you come to care for these two authors as I did, you can meet them personally as they both visit the Poisoned Pen Bookstore in Scottsdale on a regular basis, usually once a year as their new books are released.  Winspear is attractive and intelligent giving presentations like a mini course in history and psychology.  Louise Penny is as warm and witty as many of the characters she creates.

If you have a favorite series to recommend, I would love to hear about it. Please send me an email at:  vyarmour@gmail.com